T is for Titmouse {Blogging Through the Alphabet} 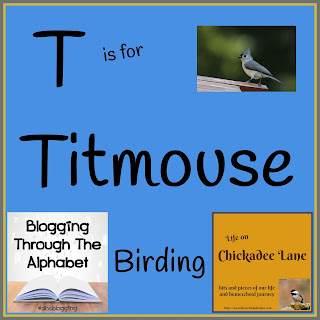 Thank you for joining us again on this Blogging Through the Alphabet journey along the birding trail.

This time we are discussing another common backyard feeder visitor, at least in the eastern United States: the petite Tufted Titmouse. I'll admit that (yes, once again!) titmice are among my favorite birds.

I think I "fell in love" with them back in childhood. When we visited my grandparents (when they lived in the house in which my parents now live), they had bird feeders in their back yard. The titmice would be so "tame" that my grandfather could feed them from his hand. If I remember correctly, I think one summer, my brother and I even got them to eat from our hands as well.

(photos and information from allaboutbirds.org)
Tufted Titmice hoard food in fall and winter, a behavior they share with many of their relatives, including the chickadees and tits. Titmice take advantage of a bird feeder’s bounty by storing many of the seeds they get. Usually, the storage sites are within 130 feet of the feeder. The birds take only one seed per trip and usually shell the seeds before hiding them.

Tufted Titmice nest in tree holes (and nest boxes), but they can’t excavate their own nest cavities. Instead, they use natural holes and cavities left by woodpeckers. These species’ dependence on dead wood for their homes is one reason why it’s important to allow dead trees to remain in forests rather than cutting them down. 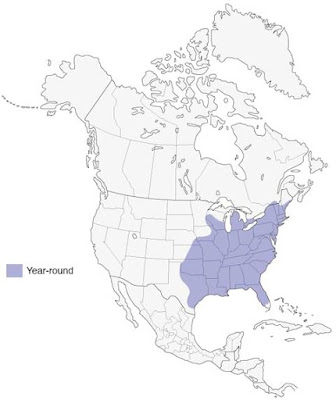 Tufted Titmice live mainly in wooded areas. They rarely live above 2,000 feet. Their main diet in summer is insects, and will also eat seeds, nuts, and berries. From your backyard feeder, they prefer sunflower seeds, but will also eat suet, peanuts, and other seeds as well. Experiments with Tufted Titmice indicate they always choose the largest seeds they can when foraging.
The Black-crested Titmouse's diet and behavior is similar to the Tufted Titmouse. They also hide their food. 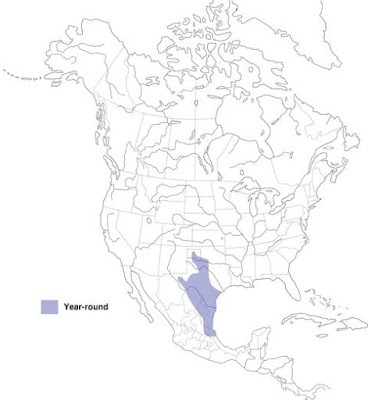 Their range is Texas and northern Mexico. Their habitat is forest, woodland, oak-juniper scrub, mesquite, thorn scrub, riparian woodland, and in towns.
The Bridled Titmouse is more strikingly marked than even the Black-crested, with a black bib and a white-and-black patterned face. Their diet also consists of seeds and insects. Apparently they don't hide their food, as the other North American Titmice do.

The Bridled Titmouse is the only North American member of its family that appears to have helpers at the nest regularly. The identity and sex of the extra birds attending nests is not yet known. 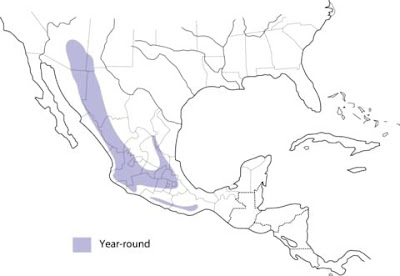 The are found mainly in Mexico, and the higher elevations in Arizona and New Mexico. The Bridled Titmouse closely resembles the Crested Tit of Eurasia. Genetic studies show, however, that it is closely related to the other North American titmice.

Painting a Tufted Titmouse in acrylics

I hope you'll join us again next time, for the letter "U." How many birds can you think of that begin with "U"?