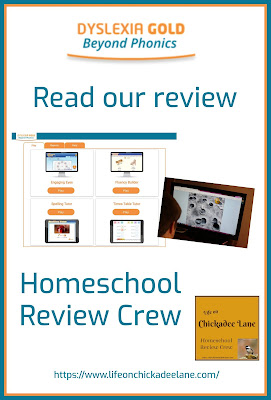 Do you have a struggling reader in your home? Whether it's due to dyslexia, or not, Dyslexia Gold may be worth checking out. For the past 3 months, SJ has been using the Dyslexia Gold Full Bundle, an online program. We actually received lifetime subscription to the full bundle; the family license covers all the children in each of our families.

Well, yes, I'm down to only one student left in my home school: my 17 year old special needs son. He is a struggling reader, so I was pleased to try this to see if it would help him.

The Dyslexia Gold website states that "98% of struggling readers, including dyslexics, have a vision problem and poor phonological awareness." Now, SJ has not been diagnosed with dyslexia, but I did have a speech therapist inform me that he has receptive-expressive language disorder several years ago. 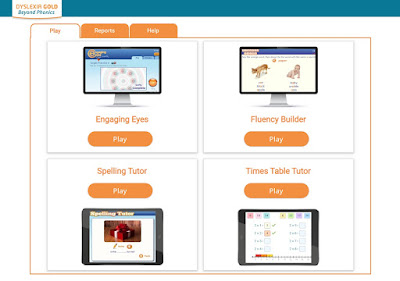 The Dyslexia Gold Full Bundle consists of four programs, and are recommended to be used on the computer (rather than tablets or phones).

Engaging Eyes teaches children to focus both eyes on the same letter and track it across the screen using three different games: Target Practice, Eye Tracking and Whack an Alien. 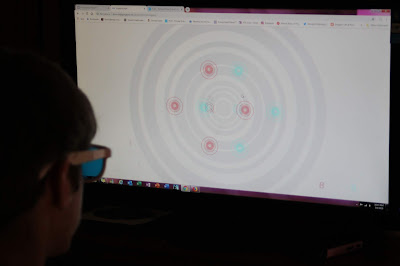 Target Practice requires a pair of 3D glasses, which will be sent to you when you subscribe to the site. Your child should sit 40 cm from the screen. It is also best to stick to the 10 minute time frame for this game. SJ did complain a bit about eye-strain headache from using the glasses. Target Practice will help train your child's eyes to work together by focusing both eyes on the same target. 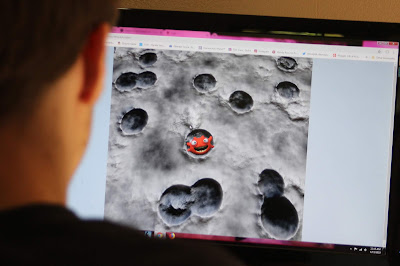 Whack an Alien challenges your child to click the cursor on the little creature as it pops on the screen, as quickly as possible. I think this one may have been SJ's favorite.

Each of the 50 lessons consists of activities in phonics, phonological awareness, and reading a passage. 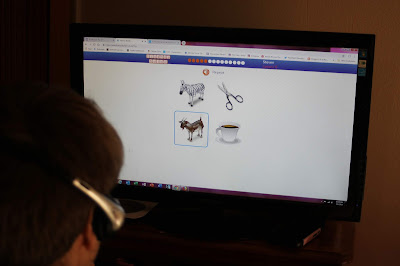 Some of these activities might seem like very basic activities for an older student, such as dragging a word to a picture and list of words with the same vowel sound. But I think it's effective.

The reading passages are nonfiction passages which have been chosen to appeal to all ages. Your student will read each passage four times: twice the first day and twice the second day. This will increase fluency.

Spelling Tutor teachers your child to spell the most common 1,000 words, by dictating words and sentences for your child to write. Then your child will correct his/her own work. 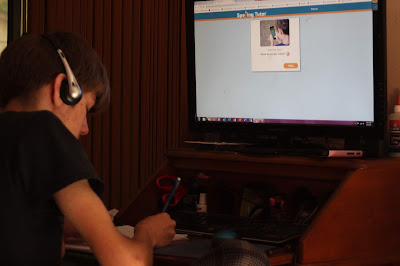 Spelling Tutor is personalized based on your student's mistakes.

The Times Table Tutor is based on Singapore Maths, and teaches the times tables through 12 x 12. 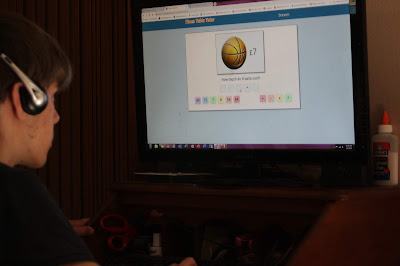 It's hands on, manipulative, visual and audio. This looks like it would have been great for all of my kids in early elementary grades.

For the most part, SJ set up his own schedule of when and what he worked on. He focused mostly on doing Engaging Eyes, mainly Whack an Alien and Target Practice, and Fluency Builder. He alternated between Engaging Eyes and Fluency Builder, spending about 10-15 minutes a day, four days a week, on whichever he chose for that day. Occasionally he did Spelling Tutor or Times Table Tutor.

One thing I really like are the reports. It's easy to see SJ's progress (when I remember to go look at the reports! Ha!). 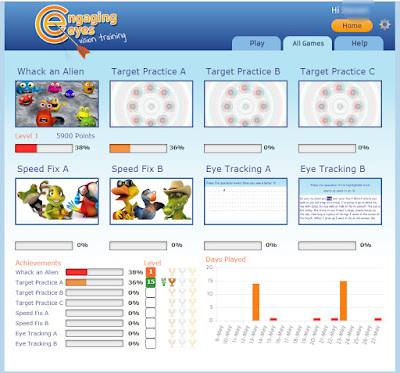 As you can see by the report below, his reading speed is improving, which is good to know. I think his confidence is increasing, as well. In fact, this past weekend at church, he actually read a scripture aloud in front of the congregation. (He has a stuttering/stammering problem, in addition to the receptive/expressive disorder). 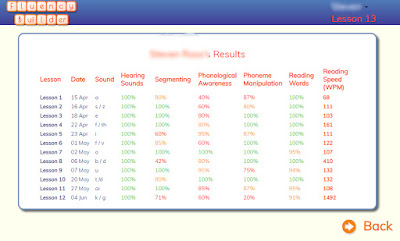 I would like to see him continue with at least the Fluency Builder and Spelling Tutor through out the next school year, and maybe some of the Engaging Eyes activities.

If you have a student who has dyslexia or other vision problems, do check out Dyslexia Gold.

There was a total of 45 families who reviewed Dyslexia Gold. Be sure to click the banner below to read the rest of these reviews.